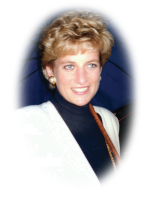 Humanity has a problem. Solutions are offered. A 103-year-old woman recovers from the virus; an 18-year-old doesn’t.

Here in the UK “We are going the way of Italy.” Indeed. “China announces drop in new cases for third straight day.”

“In around 2020 a severe pneumonia like illness will spread throughout the globe, attacking the lungs and the bronchial tubes and resisting all known treatments. Almost more baffling than the illness itself will be the fact that it will suddenly vanish as quickly as it arrived, and attack again 10 years later, and then disappear completely.”

I watched a fascinating video by Eckhart Tolle this morning. Strongly recommended. He talks about form and essence. Our form is the biological spacesuit we inhabit. Our name, our identity, our values and beliefs, our personality and our history. Our essence is our connection to everyone else and the Divine; our true selves, some would say our souls or higher selves. Eckhart Tolle’s greatest gift is his emphasis on and explanation of living in the moment, the now.

When we act out of (our) form, we pay attention to the confusing messages above. We become despondent, possibly misled, depressed and feel powerless. Yes, I’m no different from anyone else-I’ve been there. Stepping into our true selves we rise above all this.

And, as we are all connected, we are all one, the more of us that operate out of our true selves the greater will be the momentum to extricate ourselves from this apparent nightmare.

What’s God’s take on all this?

I’m sure there are no shortages of people who could answer that. However I find it fascinating that Sylvia Browne, who was a famous psychic and died five years after her prediction, is being quoted by various “celebrities” and the mainstream media.

“The coronavirus has so far infected more than 94,000 people and killed at least 3,214. But psychic Krzysztof Jackowski believes the epidemic will blow over in less than three weeks. He said: “It does not threaten us. What’s more, it won’t have an effect on Poland and Europe. “I hope I am not wrong and these are the last death throes of the coronavirus. It will vanish with the first rays of the spring sun, and when it gets warmer, it will truly all be over.”

I have heard of Sylvia Browne, and I have read one of her books. I’ve never heard of Krzysztof Jackowski. So what? How many people have heard of Edgar Cayce, Nostradamus and Gordon Smith?

Wouldn’t you like Mr Jackowski to be right? How wrong is he when you think about Poland and Italy in the context of Europe? Can you get one thing wrong and one thing right, especially as the one thing you might get right is massively significant.

Our true, higher selves are our connection to the Divine. It could be argued that channels used by psychics and mediums give them access to a higher level of wisdom than the pantomime yes/no dialogue I refer to above. My late wife Anne channelled Diana, Princess of Wales. No, Diana did not have “an inside track” on the virus, but she did say this in response to a question from me about a quote from the Georgia Guidestones about a group wishing to reduce the global population to 500 million:

“Well, they will try of course but the more of you who can shed light on this, the better. A lot of these people have come down – however ridiculous it may sound to you – people have come down to help the planet, to lighten the planet. Yes some will go, some will go of their own accord. Because when they (‘they’ are the public, people who will be unable to accept what is happening in the world) find out, as I have said previously, when they find out what has gone on they will not be able to comprehend, and take in, and understand…and they will leave this planet.”

In the Stillness Everything Happens, Anne Stewart, Chapter 11, channelled May 7th, 2012.

Oh how I miss my weekly conversations with Diana. Losing Anne left a huge hole in my life and I only realised today so did this.

Do you know, and I’m not sure when it will happen again, last week I had my first direct conversation with Diana (previously it was all done through Anne), and you can say this is a statement of the ******* obvious. She told me that the virus was a wake-up call for humanity.

I have a distinct feeling about all this. And my words may go the way of Mr Jackowski and be proven “wrong.” But I don’t care. If by writing this post I influence one person, and that person in turn influences enough others and it brings about a self-fulfilling prophecy (“vanish with the first rays of the spring sun”) then I will have made a small contribution to turning the tide. I will never look for any gratification or recognition because I know there are millions who feel the same but they do not write blog posts.

To paraphrase any number of spiritual teachers, there is a spiritual solution to every problem. The intellect, individually and collectively, cannot even process or let alone solve this crisis.

So my dear friends, remain calm and optimistic. We have no idea, none of us, what lies behind all this. We are all part of the collective consciousness. If that consciousness is fed fear and despair, that is what we will experience. We are massively powerful, despite the decades of conditioning. You know what love does.

“Is the universe a friendly place?”

Best weather in the UK for four months this week.

And, here is a perspective which some of you may find helpful from best selling author David Wilcox.

Hello, I'm Jack Stewart, Healer, Therapist, Author and legend in my own lunchtime. Reading this may help you awaken from your slumber, or it may reinforce the status quo. I trust at least it will make you think! View all posts by healerjack