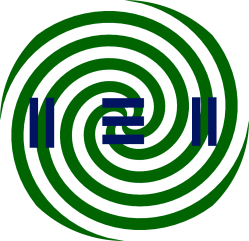 Life is a bitch and then you die. Seeing is believing. We are basically animals. God? You are having a laugh. Okay then you useless eaters where do we go from here?

So you are down on your luck, or you have a serious health problem or the world seems to be closing in on you. What animates you? Where does the life force come from? Red Bull? Amazon? The Government? The rebuttal of an anti-Semitic trope?

I have many friends, close friends, who are mediums. Vanessa and I don’t have many readings these days. I remember vividly my very first reading with a psychic (40 years ago) and she told me I was going to have a car crash. She was amazingly accurate in so many areas of my life, but I came away vowing there would be no car crash. There wasn’t.

It is a code of conduct that mediums don’t tell you if you or someone very close is going to die. If you really were sold on messages from spirit it would be a death sentence. A bit like going for a cancer diagnosis and being told you have six months to live. For the overwhelming majority it becomes a self-fulfilling prophecy. So lo and behold most messages from spirit are positive and encouraging. What kind of warped and twisted world do we live in that we expect the worst?

Do we have responsibility for our lives? So if we are given positive news from spirit do we just sit back and let it happen? Surely there is an obligation to do all we can to bring the positive scenario described by spirit about.

Recently I’ve lost track of the number of people I’ve spoken to and the authors I have read and re-read and they all tell me get your thoughts in order. Whatever you think you become. I’m almost sick of saying it, but like the biological robots who front up the news, repetition goes straight into the subconscious and that’s what programs our mobile phones. “It” being whatever it is you do believe in, have faith in. Doubt is the first second and third rung (if there is such a thing) of the ladder onto the handcart to hell. Thoughts, what we say, affect our DNA. Not for nothing was a book written called “Mind As Healer Mind As Slayer.”

Difficult? Of course it’s difficult. More than difficult. At times it feels impossible. There are public places I’ve walked through and felt despair, it’s as if there is a collective message from the hundreds of individual minds all saying the same thing. “We are f******.” So let us eat, drink and be merry, for tomorrow we die. Unless you were coached by extraordinary parents or went to a school that taught you you were fireproof, chances are you don’t have a very high opinion of yourself and the world is a grim place. For many having just read that there will be howls of disagreement. You may be missing the point. I haven’t met many people who are consciously miserable, pessimistic, self-loathing sods. Nor would I, I would cross the road to the other side if I saw them coming. But, take it from me, when you scrape away the veneer most of us don’t like ourselves very much. And where does that come from?

Well it certainly doesn’t come from spirit, at least the “spirit” I have communicated with very rarely personally but mostly through mediums. And they get it “wrong?” Yes, we’ve covered the death angle and I hope we have also covered the dark bastards wanting to do us down on the “other side”. Pause for ironic laughter. There are dark forces and dark energies who haven’t our best interests at heart, especially if we are trying to return this world to paradise. Quite a few entities have far too much invested in this insane, upside-down world staying the way it is. But as the song says God fought the Devil and God won.

Very few people can live their whole lives on the “earth plane” and remain unconvinced that reality can only be discerned through our five senses. To go beyond the five senses, beyond the world of the BBC, CNN, the Catholic Church, organised religion, the education system and the billions who have been brainwashed is no easy task. Some, Joseph Speaks, have called the living entity that dominates the collective consciousness as “The Field”. The Field is powerful and pervasive but I wouldn’t be writing this if I hadn’t gone beyond it.

Back to the personal.

So my beloveds if you get a message from spirit that flies in the face of-as you see it-current “reality” then just ask yourself how you deal with a message that told you to get your affairs in order. You don’t need a medium to get that kind of message. When you get a message of hope, do everything in your power to make it manifest. You have an army of supporters in spirit. I know there are exceptions to this, and please forgive me for not going there at the moment. And many of us have an army of supporters here on the earth plane.

Reaffirm your connection to God, to Source, to the Universe. Communicate with God in silence. Be grateful, as ridiculous as it sounds, when your world is falling apart. You are not grateful for your world falling apart, you are grateful for your life. And I think that any Supreme Being, possibly prompted by our friends in spirit, would notice if you were having a few problems.

One last piece of advice. The “Field” operates even while you are asleep. If you think the news and those behind it have your best interests at heart then the handcart beckons. So every day read, watch, listen to quality spiritual material. Change your thoughts, change your beliefs, change your life. And help create the critical mass of enlightened souls who will liberate this rather important corner of the universe.

I think I forgot to add that this incarnation could be one of thousands and this corner of the universe one of trillions. Enjoy the ride!

Hello, I'm Jack Stewart, Healer, Therapist, Author and someone who may open the door to the person you were born to be. View all posts by healerjack